New sweet spots are springing up in the London housing market as people move house for a wide variety of reasons, from established and traditionally wealthy areas to new, emerging ones. Increasingly, the most desirable, central London locations are totally and utterly off-limits to all but the super-rich as the dramatic changes of the previous decade take hold and still show no signs whatsoever of abating. More than ever, the rest of the population is on the move, trying to find places to call home where they can live side-by-side with like-minded people. 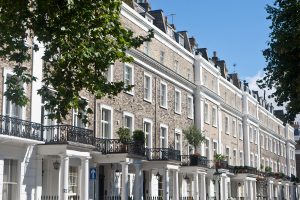 Today, properties in the middle of London are only up for grabs by the top one per cent of earners. Values have leapt by nearly 200 per cent in a decade, with an average home coming in at £1.65 million. Research by Savills, using the Land Registry, has revealed the patterns of migration occurring among the rest of the population. Figures show that in order to borrow 75 per cent of the price of a central London property on four times your earnings, it’s necessary to have a household income of £306,000. Consequently, new buyers are having to look further and further afield, setting up home in emerging areas that their parents have probably never even visited, and possibly never heard of. A knock-on effect is that now prices are rising just as quickly in the emerging areas themselves, setting things up for a further wave of outward-bound movement. 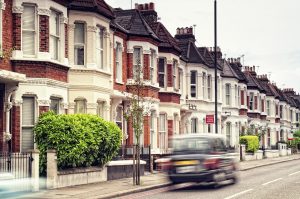 Among the places for which we’ve noticed a rise in interest in the course of carrying out removals work are Hammersmith/Shepherd’s Bush, Thameside, Finchley/Mill Hill, Dulwich/Herne Hill, Kilburn/Kensal/Cricklewood, the expanse between King’s Cross and Muswell Hill, Putney/Roehampton/Earlsfield, South Twickenham/Teddington/Hampton Wick, Ealing/Acton and Raynes Park/Merton. Average prices in these areas span everything from £500,000 to £750,000.

Let’s take some of these lesser-known emerging areas and have a closer look. Raynes Park, once tagged with the sobriquet the ‘poor man’s Wimbledon’, is situated just over eight miles from the centre of London (as measured from Charing Cross), to the south, sandwiched by Wimbledon and New Malden. Its population is roughly 20,000, and although it isn’t served by a Tube station (the nearest one of those is Wimbledon), it has a railway station and – always a good sign – its very own Waitrose. Two of its primary schools have been rated as ‘outstanding’ by Ofsted and getting to Waterloo takes just 20 minutes. Today, along with Herne Hill, which has an appealing village feel and which we’ll look at further on, it’s the new ‘nappy valley’. Both are a big hit with couples who

want to upsize to houses from flats in Earlsfield and Wimbledon. Hampton Wick, also in South London, was once a village and – despite lying on the north side of the river – it is part of the Richmond upon Thames borough. It is regarded as being part of the London commuter belt. Hammersmith is a popular choice for would-be Fulham-ites, although a mere studio in the former can go for well over half a million. However, despite being regarded as the less preferable option of the two, Hammersmith has the advantage of seeming more central, thanks to its connection to the Piccadilly Line which can whisk people into the West End in minutes, and its proximity to Olympia and Kensington.

We’ve also spotted a gradual, steady migration from Kensington and Chelsea towards Chiswick and Clapham and an increase in the popularity of areas such as Herne Hill and Kensal Rise among clients with young families. Meanwhile, there’s also been a significant spate of removals into Kilburn for people unable to buy in the areas in which they grew up because of rising prices, for example Maida Vale or Little Venice. Similarly, in Southwest London, Southfields and Earlsfield often become home for people who grew up in Fulham, Putney and Wimbledon but find themselves squeezed out financially.

Looking more closely, Kensal, Kilburn and Cricklewood are proving good choices for people who’ve been forced out of Holland Park and Notting Hill. The crowd is increasingly international, with plenty of Americans and Italians who work in the City. A French contingent is attracted by the new Lycée International de Londres Winston Churchill. Simultaneously, the people priced out of Kensal are scattering towards Willesden Green and Harlesden. Over in Putney and Earlsfield, the houses are increasingly acquired by lawyers and bankers, many of them with young families. The schools are an attraction, as is the fairly easy access to central London. New flats in the area are being snapped up by investors and architects in their twenties.

Another factor helping to bolster the incredible success of these emerging areas is the noticeable habit of some young people, either unable to move into or else having to move out of the areas in which they have friends or family, to move into neighbouring zones. That’s one of the reasons we’ve seen an upsurge in clients moving out of Hampstead, Highgate, Swiss Cottage, Primrose Hill and Fulham and into places like Hammersmith, Shepherd’s Bush, Thameside, Finchley, Mill Hill, Dulwich and Herne Hill.

Then there are the older clients – sometimes mature couples – who downsize, selling large, family houses in places like Fulham, and move to large flats in Battersea, Hammersmith or Shepherd’s Bush, freeing up cash to help their offspring get a foothold on the property ladder. Meanwhile, their children sometimes opt to start out in areas such as Bermondsey, which is proving a very popular choice for the under-35s.

Another powerful factor which is shaping the patterns and opening up new areas is the matter of schools. This has led to a migration from Islington and the City, where the education opportunities are not highly regarded, to places like Muswell Hill and the entire corridor to Kings Cross, encompassing Hornsey and Haringey, where there are better state schools.

We’ll continue to keep an eye on house-moving patterns as they emerge, and keep you apprised of the latest findings.

Aussie Man & Van (aussiegroup.co.uk) uses cookies to improve your online experience and for ads personalisation. They were placed on your computer when you launched this website. You can change your cookie settings through your browser or by clicking the settings button. Settings. Privacy Policy

This website uses cookies so that we can provide you with the best user experience possible. Cookie information is stored in your browser and performs functions such as recognising you when you return to our website and helping our team to understand which sections of the website you find most interesting and useful.

Strictly Necessary Cookie should be enabled at all times so that we can save your preferences for cookie settings.

If you disable this cookie, we will not be able to save your preferences. This means that every time you visit this website you will need to enable or disable cookies again.

This website uses Google Analytics to collect anonymous information such as the number of visitors to the site, and the most popular pages.

Please enable Strictly Necessary Cookies first so that we can save your preferences!

Please enable Strictly Necessary Cookies first so that we can save your preferences!